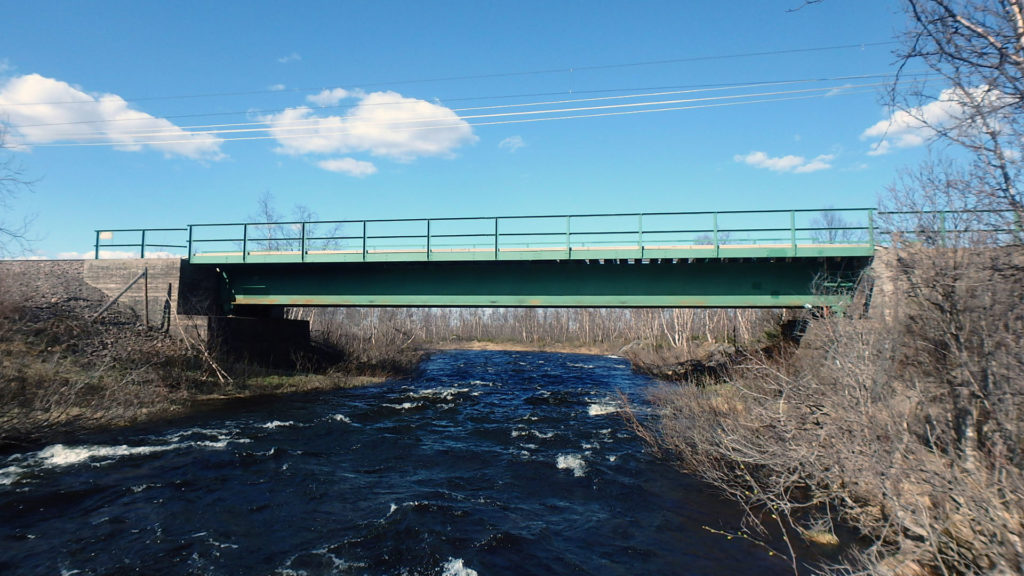 The railway line between Boden and Riksgränsen in the Northern part of Sweden carries heavy iron ore trains with axle loads up to 30 tons. Along this line, about 10 kilometers northwest of Kiruna, the Vuonojokk Bridge is located. It is a simply supported beam bridge with a span length of 19 meters built 1962. The superstructure of the bridge is in good condition but the transition zones between the bridge and the embankments have been afflicted with problems. Due to deformations in the embankment, the sagging of the rail has caused abrupt changes in the stiffness, creating a bump for the train to pass over when entering the bridge.u00a0

The dynamic effect of a passing train caused by the unsmooth transition is expected to increase the load effect, and possibly, reduce the service life of the bridge. As a rehabilitation action, concrete foundation slabs have been installed adjacent to the abutments in the transition zones in order to spread the change in stiffness over larger distances. With a smoother transition, the transient dynamic effects of the passing trains are expected to remain at low levels.
To study the overall behaviour of the bridge and specifically the influence of the rehabilitation action, the bridge has been equipped with a wireless sensor network. The instrumentation was performed in May 2019, before the concrete slabs were installed. The system consists of two strain gauge nodes and two accelerometer nodes. Furthermore, three cameras were deployed to monitor the passing trains and some parts of the bridge using images.
The main objective of the measurements was to verify the efficiency of the rehabilitation measure.